What is SMSC Development?

Spiritual, Moral, Social and Cultural (SMSC) development is the over-arching umbrella that encompasses personal development across the whole curriculum.

The spiritual development of pupils is shown by their:

The moral development of pupils is shown by their:

The social development of pupils is shown by their:

The cultural development of pupils is shown by their:

Here are just some SMSC development opportunities at Greenways.

Dance Performance at the Victoria Hall 2022

Our KS2 children worked really hard with ASM Sports to prepare and perform a dance routine to the theme of ‘The Future in our Hands’. The group performed at the Victoria Hall alongside other schools from across the city and did an amazing job! Well done!

To continue with the football success celebrations for winning the Power League, our football team were invited to a Stoke City football match where at half time they got to go onto the pitch, meet players and build some life-long memories. We can’t wait for them to play at Sheffield United representing Stoke City and Greenways. 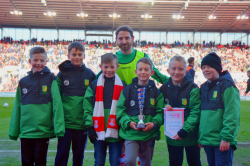 To promote online safety, children learned about how to stay safe when online during assembly and in class. They then had the opportunity to enter a poster competition for our new Online Safety display, displaying the SMART rules for all to see.

Our Y5 playground leaders worked with the Academy Parliament reps to host a Sports Themed Day to raise money for new playground equipment and a store unit. The children raised £434 thanks to a local business – Harrison Denture Clinic Ltd – donating £250 towards the children’s project.

Our year 4 and 5 children had the opportunity to gain their Level 1 and 2 Bikeability awards as well as learning to stay safe on their bikes. The children were taught about bike maintenance and safety as well as having run riding with their friends too.

On 11th November, our Head Boy, Head Girl and their deputies visited Carmountside Crematorium to participate in a remembrance service to mark Remembrance Day. The children shared poems with other schools that attended a lay a wreath from all of the staff and pupils and Greenways.

This year our Academy Parliament representatives wanted to celebrate the Harvest Festival by supporting the Local Food Bank. Donations were made by parents and then the food items were collected to be shared in our city.

The Academy Parliament hosted a ‘Bring & Buy’ cake sale this year to raise money for Comic Relief as well as raffling off a huge Pudsey Bear kindly donated by Burslem Rotary Club. We raised £495 for the charity which is amazing!

On Tuesday 15th October 2019 our Head Boy and Head Girl attended a Local Democracy event at the Civic Centre. The event provides hand on education and involvement to children of all ages. Our Head Boy and Head girl got to learn how they can influence the future for Stoke on Trent by having their say. They got to meet the local councillors and learn how they make the influence the decision making process. They also found out how decisions progress through the democratic processes and how to take part. 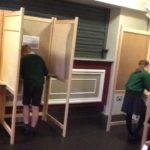 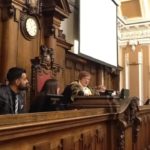 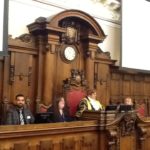 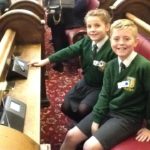 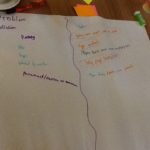 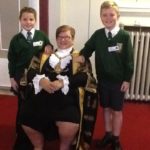 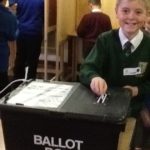 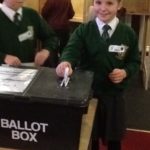 Through learning in class, assemblies and visits outside of the Academy, the children at Greenways are taught about the British Values and how they play a bit part in the running of our country. The children have the opportunity to experience some of the values such as Democracy, by voting for special roles and responsibilities in school using a voting box.

Greenways Has Got Talent!

Back by popular demand! After requests from the children, we hosted Greenways Has Got Talent this term to show-off what amazing talents our young children have. The talents ranged from comedians, musical bands, soloists, singers, dancers, gymnasts to children providing information talks on their interests and hobbies. Over two evening shows children in KS2 were awarded golden tickets to the final where Michael Jackson enthusiast Alex stole the show with his dance mirroring the famous moves of Jackson.

This year our Equality and Inclusion Department were keen to raise awareness of Signal1’s shoebox appeal and therefore asked parents and children to fill a shoebox which could then be sent off to children less privileged in another country. The appeal was very well supported with over 100 shoeboxes donated.

The PTFA supported the children in an enterprise project whereby each class was given an amount of money from the PTFA to spend to make products to sell at the Christmas fair. All of the classes made festive treats and year 6 made the most profit. Well done year 6!

To raise awareness of mental health, our Enterprise Department carried out a fundraiser for MIND, a local charity which focuses on the mental health of young people. By asking for donations of parents and children, we raised £181 which was received with thanks by a member of staff from MIND.

Our years 4 to 6 children had the wonderful opportunity to attend an educational residential in France at the start of October. The group of children had an amazing time sight seeing and learning about the French culture.

NSPCC staff came in to school to talk to the children about Child Line and what services Child line provide them as children. Our years 4 to 6 children asked very sensible questions to further develop their knowledge of this charity.

As always our year 5 children had a fantastic week at Stanley Head where they experienced many new activities including taking personal responsibility by taking care of themselves for the week away from home. The children took part in canoeing, the climbing wall plus many more outdoor pursuits as well as participating in the Deep Hayes walk to support their work on rivers back in school.

On Friday 9th March Miss Brough and 4 children from Greenways attended an RE conference at The Bridge Centre where they explored what makes RE so great.  They considered and took part in different activities to help them explore different religions and beliefs, this culminated in the children creating a piece of art to demonstrate an aspect of RE that they had learnt about. 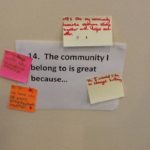 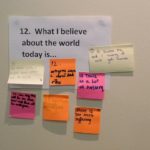 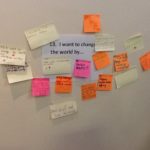 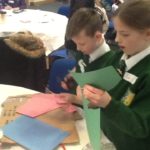 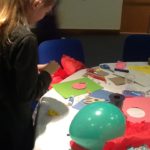 On Monday 18th December we held the PTFA Christmas Enterprise Fair which was a huge success with so much support from parents it was overwhelming!

All classes made something from a set budget donated by the PTFA with the aim being to make as much profit as possible.  The variety of products on offer was super, from marshmallow men to sewn Christmas decorations and calendars.

Well done to all of the children for managing budgets and producing some high quality treats! 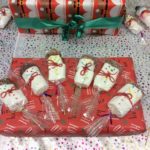 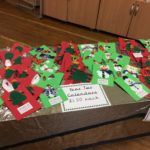 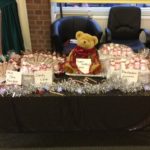 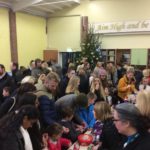 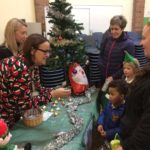 Year 5 & 6 were lucky to have a visit from Mr Ahmed this week who came in to talk to them about community cohesion, PREVENT, Extremism and how to remain safe whilst online. The children learnt lots of important messages. Thank you Mr Ahmed. 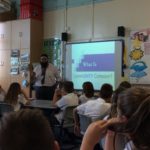 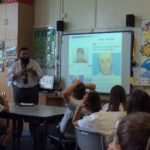 On Friday 21st October staff and children at Greenways Primary wore something red to support Show Racism the Red Card, as a school we raised £164.10p.

We put our children at the heart of the school.