The DfE have recently reinforced the need “to create and enforce a clear and rigorous expectation on all schools to promote the fundamental British values of democracy, the rule of law, individual liberty and mutual respect and tolerance of those with different faiths and beliefs.”

The Government set out its definition of British values in the 2011 Prevent Strategy, and these values were reiterated in 2014. At Milton these values are reinforced regularly and in the following ways:

Democracy is embedded at the academy. Pupils are always listened to by adults and are taught to listen carefully and with concern to each other, respecting the right of every individual to have their opinions and voices heard. Pupils also have the opportunity to air their opinions and ideas through our Academy Parliament and annual questionnaires. The elections of Academy Parliament members are based solely on pupil votes, reflecting our British electoral system and demonstrating democracy in action.

The Rule of Law

The importance of laws, whether they be those that govern the class, the academy, or the country, are consistently reinforced at Milton.

Pupils are taught from an early age the rules of the academy. These are our Academy Rules, Playground Rules and Safety Rules. Each class also discusses and sets its own rules that are clearly understood by all and seen to be necessary to ensure that every class member is able to learn in a safe and ordered environment. Pupils are taught the value and reasons behind rules and laws, that they govern and protect us, the responsibilities that this involves and the consequences when laws are broken. Visits from authorities such as the Police and Fire Service help reinforce this message.

At Milton, pupils are actively encouraged to make choices, knowing that they are in a safe and supportive environment. As an academy we educate and provide boundaries for young pupils to make informed choices, through a safe environment and an empowering education. Pupils are encouraged to know, understand and exercise their rights and personal freedoms and advised how to exercise these safely, for example through our eSafety and PSHE lessons.

Respect is one of the core values of our academy. Our pupils were fully involved in the creation of our academy values and it is deeply embedded in all that we do at the academy. The pupils know and understand that it is expected and imperative that respect is shown to everyone, whatever differences we may have and to everything, however big or small.

Tolerance of those of Different Faiths and Beliefs

At Milton we encourage tolerance of those who have different faiths and beliefs. Milton Primary enhances pupils’ understanding of different faiths and beliefs through religious education studies, assemblies and P.S.H.E. lessons.
At Milton Primary we actively challenge pupils, staff or parents expressing opinions contrary to fundamental British Values, including ‘extremist’ views. 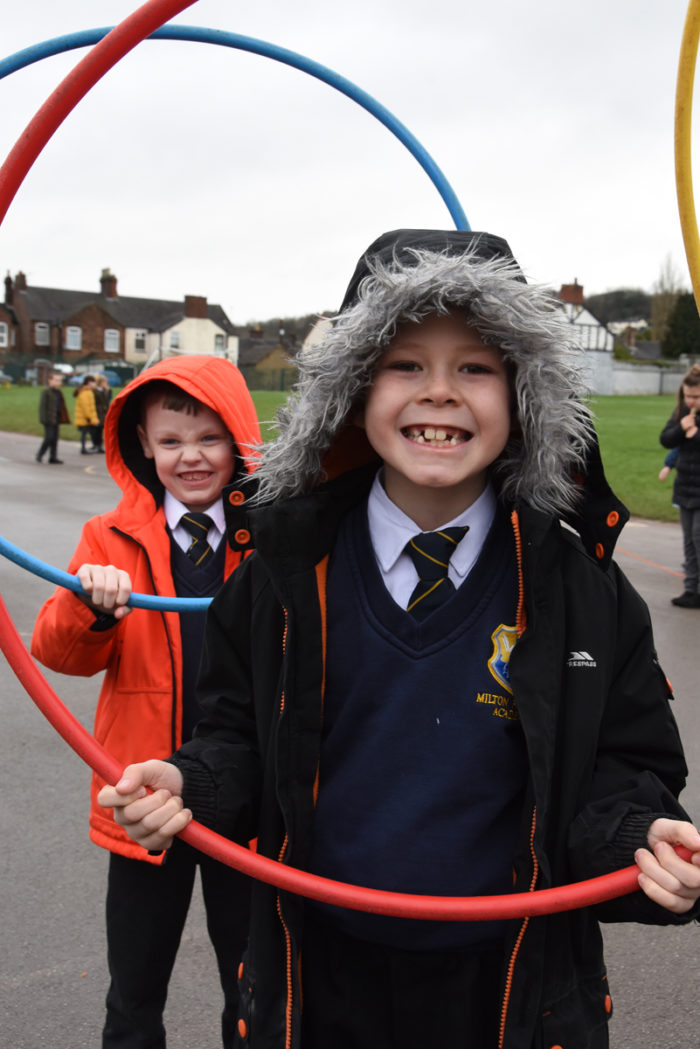 What learning means to us